Ultrasonic Networking on the Web

The phone in your pocket is an amazing, fluid, multi-functional tool. When it comes to talking to other devices, such as your TV or laptop, the user experience drops off sharply. Bill Buxton speaks eloquently on the subject, describing three stages of high tech evolution:

But connecting devices is a pain and we have been squarely at stage 2 since the release of the iPhone. There are many competing approaches to do this: Bluetooth, Bluetooth LE, WiFi direct, discovery over the same local WiFi network, and many many others. This post is dedicated to attacking this problem from an unexpected angle: using ultrasound to broadcast and receive data between nearby devices. Best of all, the approach uses the Web Audio API, making it viable for pure web applications:

A device tower of babel

Airplay and Chromecast are great approaches to a subset of the problem for devices within the same ecosystem (eg. Apple, or Google), but the general problem remains hard to solve.

Because there are so many possible technical approaches, chances are that the pair of devices that you happen to be using don't have a common language to speak. Even if both devices have Bluetooth, one of them may require a profile the other doesn't support, or support a different version of the standard. This is especially common with Bluetooth today, where many devices have the hardware to support Bluetooth 4.0 (aka BTLE), but many devices don't currently support the new protocol for various reasons.

On the web, the problem is even worse, since low level device connection APIs aren't exposed for security sandbox reasons. Because of how slowly the web evolves, it's hard to imagine this changing any time soon.

Blinkup from Electric Imp is an interesting approach to cross-device communication. It uses a series of blinks to transfer configuration data between a smart phone and an Imp, a small SD-card shaped device with a light sensor.

Dial-up modems did a similar thing. They encoded and decoded digital data onto an analog phone line. Remember those annoying connection noises? Dial-up modems would turn on their speaker to give the user an idea of how the handshake is progressing. If you don't remember, here's a refresher. Even today on analog phones, the sounds you hear when pressing numbers on a dialer correspond to the frequencies the phone system uses for analog-to-digital conversion. The conversion happens using Dual-tone multi-frequency signaling (DTMF).

Your phone and a lot of other devices around you has a speaker and a microphone. These two pieces of hardware can be used for sending and receiving data using sounds, similar to how modems did it over phone lines. Better yet, if the OS supports high enough frequency sending and receiving, we can create an inaudible data channel.

I should note that encoding data in sound is not new. The idea of audio watermarking is to encode a signature into music that is not discernable by the listener (due to the way humans hear), but can be picked up by a machine. This is used as a clever piracy detection scheme.

Most commodity speakers are capable of producing sound with a 44.1KHz sample rate (resulting in a maximum frequency of about 22KHz by the Nyquist-Shannon sampling theorem). This lets us encode data not just as sound, but as sound that adults can't hear. Children and non-human animals are still susceptible, though :)

One technical caveat is that microphones are sometimes not as capable as speakers, especially in phones, since they are often optimized for human speech, which sounds fine with a lower sample rate. In other cases, even though the hardware is capable, the firmware runs at a lower sample rate for energy efficiency. If this is the case, one of the devices will not be able to receive the wave and the sound-based connection will be one-way only.

To illustrate these concepts, I built a JavaScript library that can send and receive data as sounds. My approach is and not nearly as sophisticated as the audio watermarking technique, and even simpler than the DTMF approach. Basically, you can specify a range of frequencies to use, and an alphabet of characters that can be transmitted. The frequency spectrum is split into ranges corresponding to the specified alphabet and start/end codes, with each character/code corresponding to a part of the full frequency range.

The sending side converts each character of the word to be sent into the center of the corresponding frequency range, and transmits that frequency for a certain duration. The receiving side does a continuous fourier transform of the signal and looks for peaks in the specified frequency range. Upon finding a peak for a significant duration, it does the conversion back from frequency to character. This is essentially a single-tone multi-frequency signaling (STMF) scheme.

I built a socket-like API for sonic networking. Client code looks like this:

The library is available for use on github.

Of course, using it requires a Web Audio implementation (mostly OscillatorNode on the sending side, and AnalyserNode on the receiving side) and good enough hardware. I have experimented with Chrome-to-Chrome transmission on Mac Books, as well as between Chrome for Android (beta) and Chrome for Mac.

I wrote a couple of demos to illustrate the idea. These appear in the video I embedded at the top of the post. The first demo lets you send emoticons from one device to the other. It uses a small alphabet of just 6 characters - one for each emoticon. You pick one of 6 emoticons, and the corresponding character is sent over the sonic network, received and shown prominently on the other end.

A more realistic use for sonicnet.js is this chat application, which generates a non-repeating 5-digit token and uses it to create connections between two devices. This is done with the help of a pairing server, which helps establish a proxied connection between the two devices, over a websocket. Once the connection is established, the chats themselves are sent through the websocket. The server code is hosted on nodejitsu.

Conclusions and a request

It's great to see that the Web Audio API has come far enough that applications like these are possible. I'm fascinated by the implications of sonicnet.js for the Web of Things. It is a pure web technology that can be used to pair devices together. Because of the ubiquity of web browsers and audio hardware, the combination can be a huge win, even among commodity hardware, without having to wait for Bluetooth and other close-range connectivity technology to become available to the web platform.

If this post has piqued your interest and you are interested in helping, try writing an app using sonicnet.js. As I mentioned earlier, receiving high frequency sounds does not work on all devices because of firmware/hardware limitations so I'd love to know which devices it does and does not work on. My expectation is that most phones should be able to send only, and that most laptops should be able to both send and receive. Please fill out this form once you try the emoticons demo on your own hardware. At the time of writing, live input is not supported in Chrome for Android Beta, so sending data from mobile device to laptop is the only possible configuration. 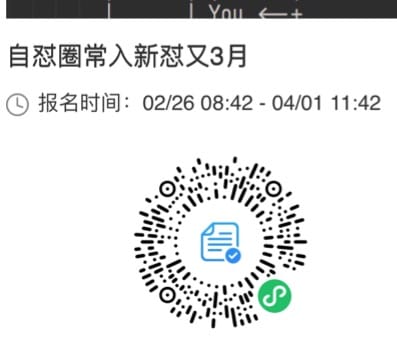